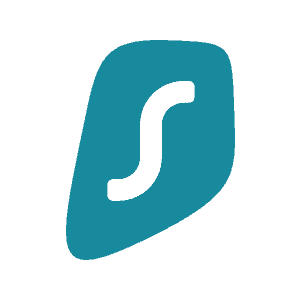 Surfshark VPN is a very solid VPN provider at a reasonable price. Especially, It is an excellent option if you want to stream Netflix, Hulu, Amazon Prime, Disney+, Apple TV+, etc.

If you are looking for a quality VPN service, have a look at this Surfshark VPN review. You will get to know about its performance, features and other details including pros and cons.

The demand for a VPN service has increased radically. Nowadays, A large part of internet privacy and freedom directly depends on the VPN. So, You will see so many VPN providers out there. Problem is that it is really hard to choose the perfect one. It has so many reasons. But, If you are planning to purchase Surfshark VPN, you are in the right place. It is one of the most popular and industry-leading providers for VPN. This unbiased Surfshark review will reveal its true face including all downsides, pros, streaming performance details, security and many more.

If you don’t have time to read the whole Surfshark VPN review, you can have a look at these FAQs. These may satisfy your curiosity about this VPN.

How many Netflix Regions this VPN can unlock?

Yes. It has a very strict no-logs policy. It means it doesn’t store your browsing data, activity logs and any other sensitive information at all.

Where can I use this VPN?

You can use this VPN on any platform which supports open VPN protocols. It has app on Windows PC, Mac OS X, iOS, Android, Fire TV, Apple TV, Play Station, Xbox. It also has Chrome and Firefox browser extension. So, You can use Surfshark VPN on any major platforms.

Can it deliver food streaming experience?

Yes. It is better than many other so called top class VPN providers. Streaming is just a very good experience with Surfshark VPN.

If you want to know more about this VPN, just go through the whole review article.

Surfshark is a VPN service based on the British Virgin Islands. This VPN is not a very old player. But, It already has gained a lot of attention among the privacy concerned and internet freedom seeker users. For being based on out of 14 eyes countries, it has been a preferable option for many. It also has many advantages as well as some downsides. This Surfshark VPN review will discuss many of these things. So, After going through this unbiased analysis, you will be able to make your choice easily.

There is a lot of things to tell about the Surfshark VPN. It has a lot of features and facilities to love. Also, there are a few things that require improvements. However, here are the major features you will see in this VPN.

Basically, these are a summary of the features. You will actually discover much more while using the Surfshark VPN.

The number of servers and server locations is not that impressive compared to some other industry-leading VPN providers. Surfshark currently has 1040+ servers in 61+ countries. But, When you consider the performance and stability, they have a lot of things to love. Most of their servers are highly optimized for performance, especially for the streaming experience.

There are some servers which always use the same IP address. So, Whenever you connect to these VPN servers, you will get the same static IP address. It is another thing that I love.

It is an impressive thing indeed. Surfshark VPN offers unlimited logins while other VPNs limit users within 3-10 logins. It means you can get access to the Surfshark VPN from unlimited devices. There is no limitation. You won’t have to logout from one device to be able to login in another one.

Split Tunneling is a must-have feature. Surfshark also has this feature. In fact, This feature is much more advanced in this VPN. You can choose which apps or websites will be routed through the VPN network and which will be bypassed. In this way, You can set specific websites and apps to use VPN while rest others will use the normal network. The clean Web is another excellent feature. It is a built-in ad blocker with malware and online security threat protection.

It is another good side of the Surfshark VPN. This VPN has some extremely useful security features to protect you from DNS Leak, IP Leak, etc. It has features like No Borders, Invisible to Other Devices, Internet Kill Switch, Camouflage Mode, Multihop, etc.

Some of these features may be new to you. Let me explain a bit. The Camouflage Mode is a feature that automatically makes you invisible to your ISP. Even, They won’t be able to know that you are using a VPN.

Multihop feature is like Double VPN feature. It connects you with multiple countries at once to ensure extra layer of security.

Surfshark has apps and extensions on different platforms. Their app is available in Linux, Mac, Windows, Android, iOS, FireTV, Apple TV, Play Station, Xbox, etc. There is a browser extension for Chrome and Firefox. However, I haven’t found any app extension for the new chromium-based Microsoft Edge.

While reviewing any VPN services, it is one of the main focus points. Is this VPN compatible with Netflix or other similar platforms? If you have the same question, you should know that the answer is yes. Surfshark VPN works with multiple Netflix regions, it also can unblocks Hulu, Amazon Prime, Disney+, etc.

While reviewing Surfshark VPN, I have checked all possible key points, performance details, compatibility, etc. Overall, Experience with this VPN is pretty awesome. However, Let’s look at the details.

At first, Let’s talk about the speed. I have tested multiple VPN locations to get idea about the performance of Surfshark VPN. It was overall quite satisfying. Some locations perform really great. Bangladesh is my country. So, I tested some nearest VPN regions as well as remote regions to get an idea about speed. This is what I get-

I’m very much impressed with the speed test. Bangladesh is a south asian country which is far away from UK. But, When I connected to UK, I got 34.44 mbps which was impressive indeed. According to my experience, most of the servers delivered very good speed with reliability except 1 or 2. For example, Thailand. I expected much better from this location.

Nowadays, Many users use VPN for streaming. So, In this SurfShark VPN review, it is indeed a key point. According to my experience, Surfshark streaming performance is pretty awesome. You already know it is compatible with Netflix, Hulu, Amazon Prime, Disney+, etc. I have used this VPN to stream Netflix, YouTube, etc. Surprisingly, It delivered a pretty solid performance. Especially, I was quite surprised that it actually worked with many Netflix regions I have tried. A few were showing errors though.

Officially, Surfshark supports 15 Netflix regions. However, I have found some other regions working even these are not listed.

But, It is the best VPN for Netflix among all the VPNs I have reviewed. According to many other users, It also provides a better experience with Hulu, Amazon Prime, Disney+, etc.

After getting my premium subscription, I tried this VPN in many situations for a few days. Also, I tried to find out its problems and downsides. I haven’t found any security problems yet. In my experience, there was no DNS leak or any similar problems. After going through many users’ reviews, I have a feeling that Surfshark has proved its strength in security.

It has multiple VPN protocols like IKEv2, OpenVPN/UDP, OpenVPN/TCP, Shadowsocks, etc. These protocols provide different levels of performance and security. For data encryption, It uses AES-256-GCM algorithm. It is military-grade protection against threats. However, You also have the option to choose Chacha20Poly1305 encryption. It is designed for speed but security is a bit behind than AES-256-GCM.

Overall performance is actually the key to user experience. But, there are some other things that can affect the experience. Surfshark has decent applications on multiple platforms. Their desktop apps and mobile apps are great. However, there are still somethings that could be included in their apps. For example, there could be options to choose a server optimized for specific services like Netflix US, Netflix UK, Amazon Prime, BBC iPlayer, Star Sports, etc. The good thing is most of their servers work with most of these platforms. So, You won’t notice much difference. But, Still, It would be better to have such options.

However, The overall performance and experience should satisfy most of the users especially the stream lovers.

While reviewing any VPN like Surfshark, My first focus is to find some cons. Like other VPNs, I also found some downsides. But, These are minor. The first one is what I already have discussed. The apps could be improved a bit more. Else, Periodically, Some servers may not provide you the best experience. It is actually a very common scenario for all VPNs. But, If you see carefully, the real downside is it doesn’t offer any free trial.

Pricing is another good side of the Surfshark VPN. While providing a top-class performance, the pricing remains in an inexpensive category. Surfshark VPN costs 11.99 USD/Mo if you go for a monthly subscription. However, If you purchase two years plan, it will cost just $48 which is just 1.99 USD/mo. It is better compared to some other industry-leading providers.

In this Surfshark VPN review, I have tried to include all possible information about this VPN. After reading this, you already may have made a decision. If you want my verdict, I would say you definitely can use it. Especially, If you want to stream Netflix, Hulu, Disney+, Apple TV+, Amazon Prime, etc., Surfshark VPN is a very good option.

If you are already a user of Surfshark VPN, you can let us know your experience in the comment box.

Do I need an Anti-Malware Software for Windows 10 PC?

How a VPN Can Save Your Money While Shopping Online