More
Home Tech Geek What is Driver Vulnerability? How to Avoid the Risks?
Tech Geek

What is Driver Vulnerability? How to Avoid the Risks?

Have you ever heard about driver vulnerability? This article explains what it is and how to avoid the possible security risks.

In 2020, People are more conscious about their digital security. So, Various news on hardware or software vulnerability becomes viral. People also take these things seriously. We have heard about the recent Intel and AMD processor’s security flaws in recent days. We also often see news on various software bugs and security threats. But, Have we ever thought about the PC drivers’ security flaws? Have we ever took the initiative to get rid of risks? The answer may be yes for a few users. But, For the majority, It is No!

Like any other software, your PC drivers also may have some security concerns. That vulnerability can open a path to the attackers. That can cause unrecoverable harm. But, Don’t worry. This article is all about this. You will get to know about the driver vulnerability and some tips to fix it.

What is Driver Vulnerability?

Before knowing it, you should have a clear idea about the drivers. A device driver or a hardware driver on a computer is a type of software that helps hardware to communicate with the operating system. So, When you install an operating system to a new computer, it may not work properly without an update. That update installs the necessary drivers. However, It always may not happen. You may need to manually install any specific driver. Sometimes, this driver may contain some security flaws. It makes your computer open to attackers. It is called driver vulnerability.

Basically, You may fall to this driver vulnerability risk due to several reasons. One of the most common ones is having drivers from an untrusted source or the driver is not WHQL certified. An extremely outdated driver software also can be a reason for vulnerability. Else, You may have been using a device that has been discontinued a long time ago. The manufacture may no longer release drivers for that device. That brings a lot of risks. Another reason can be something from the manufacture. They may have released a driver which has security flaws. Attackers may use these weaknesses to do their evil jobs.

In recent days, We have seen several news on security issues that went viral. Some of them were related to drivers. Here are some of them:

In last February 2020, We saw a news on ZDNet about a serious matter. A ransomware gang were trying to install vulnerable GIGABYTE drivers on PCs it wants to infect. The hackers installed GDRV.SYS (Gigabyte kernel driver) on victims’ computers. Then used the vulnerability of the driver and gained kernel access. It allowed them to disable the driver signature enforcement. Then, They installed another malicious driver that was used to disable Antivirus processes on Windows 7, Windows 8 and 10. However, Later, Gigabyte brought a patch to fix this security hole.

Bad Intel Driver were Open for the Attackers:

In recent years, We have heard about a lot of security cases about Intel. Especially, The Meltdown problem put the whole world on risk. However, In Last November 2019, A news caught our eyes. Some of the Intel drivers were extremely vulnerable. A research team found all of this. However, Intel was able to silently patched this security issue.

It is another news we have seen a few days ago. According to the BleepingComputer, NVIDIA fixes a high severity vulnerabilities that could cause information theft.

It is another news that caught attention of a lot of people in January 2020. Some AMD Radeon graphics card driver had serious bugs which could lead to multiple security problems. These were also problematic for your gaming experience. However, AMD managed to release patch for these drivers quietly.

Everyday, You will see many of the similar news online. It means you are not safe too. However, You can also take some steps to reduce the risks.

How to Avoid Driver Vulnerability Risk:

If you are worried after know about it, you have the good news. You can easily avoid all driver vulnerability related issues. But, To do this, you will have to take some effective initiatives which are really simple.

You may not need to install the latest drivers immediately. But, You at least should have drivers installed which were released within past 1 or 2 months. Unfortunately, Most Windows 10 users don’t know about it. Updating drivers doesn’t only fix the vulnerability but also can improve your PC performance. It also comes with various bug fixes. In fact, Users with outdated drivers encounter blue screen of death more than the users with updated drivers. So, After knowing these benefits, why you shouldn’t update?

If you don’t know how to update drivers, you can follow this article: How to Update Drivers

There are some tools like Driver Booster, Driver Easy, Driver Genius, Driver Talent, etc. which can regularly check for driver updates and install automatically. You also may consider using any of them.

Now, Life has become easier in many ways. When a vulnerability appears, you may know about it through various channels like mainstream media, social media, etc. You may follow your device manufacturers on social media or subscribe to their mailing list, etc. It will help you to know about any of their updates faster. So, You can be able to take proper steps early.

As an extra precaution, you also should consider updating the motherboard BIOS/UEFI. It fixes a lot of vulnerabilities that you don’t know. Especially, To get fixes for Intel Meltdown like problems, it is the only effective way. In some cases, Updating motherboard firmware may improve overall computer performance. To know the procedures, read: How to Update Motherboard BIOS/UEFI

5. Must Use a Good Antivirus

It is must to secure your computer. There are some high quality Antivirus programs available. These can give you much better security. If somehow your PC drivers have security flaw, A good antivirus may be a life saver. However, If the problem is like the last months Gigabyte drivers vulnerability, then it may be a different story.

Basically, these are the tips to avoid security risks of driver vulnerability of your Windows computer. I hope these information will help you. If you have any suggestion, you can put it in the comment box.

You have probably heard about Windows Registry. Someone might have already suggested you modify some registry entries to troubleshoot one of a Windows 10...
Read more
Tech Geek

How to Boot Into Clean Boot State in Windows 10

To troubleshoot some problems in Windows, users must perform clean boot. But, How to do it? This article contains all of these answers. When you...
Read more
Tech Geek

How to Change Pagefile Size, Location or Disable it in Windows 10

How to Fix CRITICAL SERVICE FAILED on Windows 10

If you already have encountered the blue screen of death "CRITICAL SERVICE FAILED," you can go through this article. Because You will...
Read more
Solutions

Need some guidance to fix PFN LIST CORRUPT on your PC? This article is for you. You will get to know the...
Read more
Tech Geek

How to Update Drivers in Windows 10: Manual and Automatic

Do you update drivers of your PC regularly? Maybe yes or not. Manually doing it may be time-consuming. You also can do...
Read more 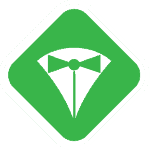